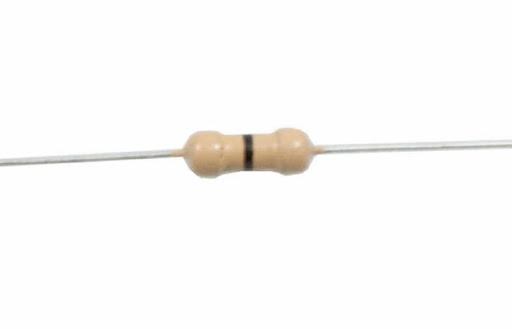 Why are there 0 ohm resistors?

What are the 0 ohm resistors for? Do they do the same as a cable? We will explain quickly why resistors of this value are manufactured.

A 0 ohm resistor? It seems like a contradiction, doesn’t it?

A resistor is used in a circuit to oppose the current, so that the higher the resistance, the more opposition it is.

So what’s the point of using a 0-value resistor? None at the level of circuit operation. This resistor performs exactly the same function as a piece of wire or a jumper.

And what do they do them for?

An electronic circuit is nothing more than components connected to each other by cables. When you want to implement this circuit on a PCB (those electronic boards that are usually green), what you do is solder the components on the board and join them with copper tracks (little paths on the board that conduct electricity, acting as cables). Sometimes these copper tracks must be crossed, but for the electrons to be able to follow their path without problems (otherwise they would collide, deviate, generate short circuits…) a bridge must be made. For this you can use a piece of cable that skips the track. However, most PCBs are made with automated machines, prepared to take and solder components of a certain size and format, such as resistors (now everything is starting to make more sense, right?). The machine doesn’t know how to solder a wire, but it does know how to solder a resistor, and it is much cheaper to make a wire in the form of a resistor than to teach the machine to solder wires.

In short, these resistors exist to facilitate PCBs production in an automated way.

Now you know why they exist and what function they have. So, if you are the one who will solder the circuit, you don’t have to put the 0 ohm resistor (you can put a cable), but if you want a machine to do it, make it easier for them and use them!

And how to identify them?

0 ohm resistors can be found in the two typical resistor packages: through-hole (those that go through the board with their two legs) and smd (those that are soldered on the surface of the board). The former are identified by having a single black stripe as a color code. The latter will usually have a ‘0’ or a ‘000’ written on them.

And this is the explanation for the existence of 0 ohm resistors. Mystery solved.