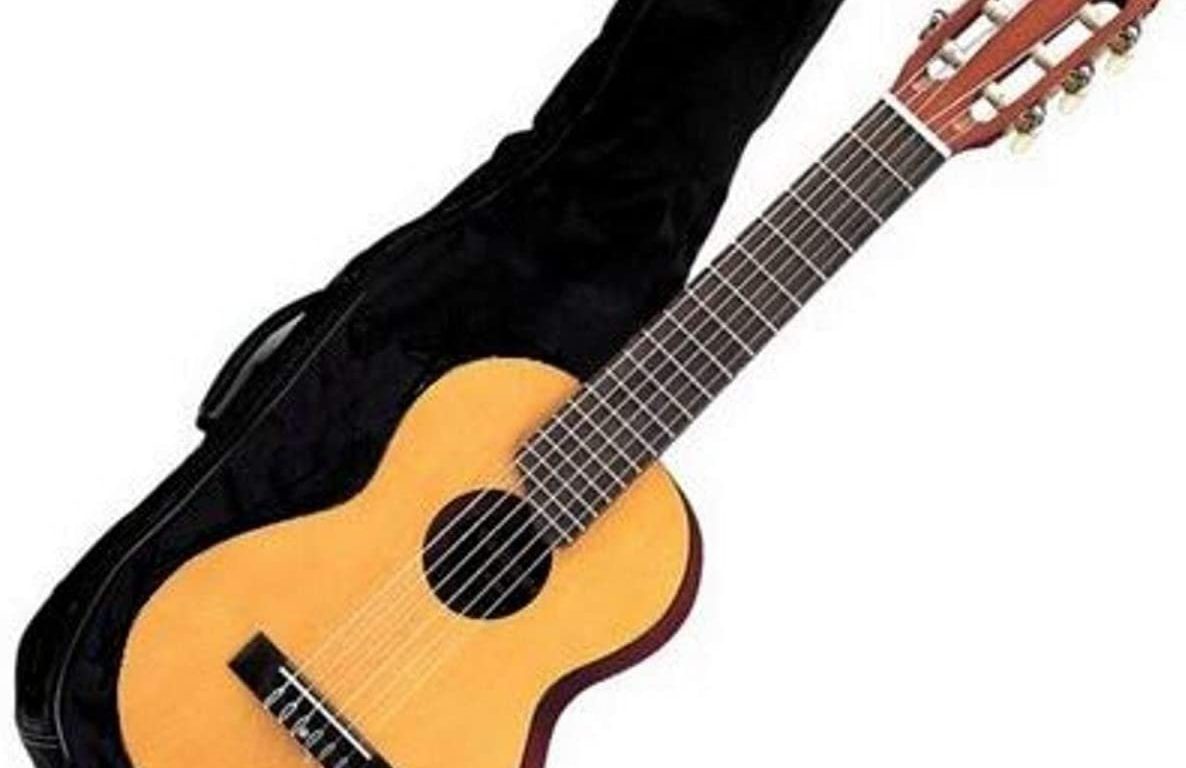 The guitalele: the perfect travel guitar you’ve been looking for

The guitalele: the best travel guitar

There comes a time in the life of every guitarist when you realize that every time you want to take the guitar to more places. It doesn’t matter if you’re a rookie or a professional, the guitar is becoming essential wherever you are. Surely your friends are suffering and you’re already the victim of many of their jokes because of your obsession, but the truth is that the guitar will give you great moments.

It has been many years since I started playing the guitar, and the truth is that when you know how to play four chords, you realize how much fun it is to sing with friends all those typical and easy songs. Surely at the beginning destroying them a bit, but the important thing is to have fun, right?

So you start wanting to take the guitar everywhere, but here the problems begin. Fear of breakdown aside (which wasn’t my concern with the first cheap guitar I had), the big downside is the size. Wow, size does matter! (Sorry, there should be a maximum number of times to make such an original joke throughout life …).

You take it to some places, but it is the first thing that is discarded if the car is full, it takes up a lot at festivals, airplanes, it weighs for excursions … and there comes a time when you give up. I gave up.

But one day you wake up and ask Google: best travel guitars. And things come out! One of the things that put me off at first was that most of them were expensive, but I kept looking. I generally found three types of travel guitars: guitars with a smaller body but long neck, detachable guitars, and guitars for practice (neck only, no soundboard). And I tried some of them. None of them I liked. Later, I saw that many people decided to buy a ukulele. Its size is perfect, so I decided to get one, and for years it has accompanied me on trips. However, there has always been something that didn’t convince me. Finally, I found the guitalele, which was exactly what I was looking for. It was the perfect instrument. And since then it goes with me wherever I go. Next I explain the reason for my decision.

Options for your travel guitar

In summary, you have 3 options to replace your normal guitar when traveling:

So the one chosen, after everything I have tried, it is clear: it’s the guitalele.

Let me clarify here so as not to look down on my dear ukulele. I have played it a lot and I recommend it to friends without a doubt. It’s the perfect instrument to get into music, since with just four fingers you start making melodies that sound pretty good. I could give you a thousand arguments to buy a ukulele, but in this article we’re looking for a travel guitar, and for that role, without a doubt, I choose the guitalele.

What guitalele do I buy?

Ok, and what guitalele do I buy? The truth is that it’s not too difficult a decision. Normally when choosing an instrument you have endless options according to appearance, sound, price and particular taste, but with the guitalele there is one that is the winner without a doubt: the Yamaha GL1 guitalele.

If you’re looking for guitaleles options you’ll see that it’s the one recommended everywhere and it’s, without a doubt, the best in terms of quality-price. Yamaha is a great brand and they have always given me a lot of confidence with their instruments, but here they ‘ve surpassed themselves. It offers a cheap guitalele that sounds better than many more expensive ones and, without a doubt, one of the instruments that has surprised me the most in my life.

All this means that when I take it on a trip, it’s easy for me to transport it, and when I play it, it sounds great! I like this instrument so much that even at home I often play it before the guitar.

Before deciding to buy it, let me warn you of something: as I mentioned before, the guitalele is not exactly a small guitar. What changes? The tuning.

The tuning of the guitalele

The guitalele could be tuned like a guitar, but it’s not the best option, since it’s prepared to be tuned in A, and the tension of the strings, if you tune it in E, isn’t the most convenient.

And what does it mean it’s LA tuned? It means that you have picked up a guitar and capoed it on the fifth fret, raising it 2.5 tones.

The standard tuning of a guitar is as follows:

If you raise 2.5 tones each string (the E becomes an A, the A becomes a D and so on), the result of the tuning of the guitalele is as follows:

If you now look at the standard tuning of the ukulele, you’ll see that it’s exactly the same as the guitalele has, but without the two thicker strings. You can see it in the following image:

Okay, the tuning is different, and how does that affect me?

Well, maybe at first it seems a little strange, but the truth is that you’ll assimilate it right away. The position of the chords will be the same as on guitar, but you’ll have to keep in mind that you are playing 2.5 tones above. In this way, when in the guitalele you put the position of a C, you will actually be playing an F, for example. Here is an image with the basic chords of the guitalele for you to take a look at.

To make it easier for you, here is the correspondence with the guitar chords.

At first you can play the songs as you know them on guitar, and they will sound just as good, but higher. Little by little, you will assimilate the different chords. It helped me a lot to understand the chords of the guitalele to gain a lot of speed by transposing chords, and thus adapt to the tone of the singer very quickly.

If you don’t want hassle, you can always tune the guitalele just like the guitar, a lot of people do, but in my opinion, it’s better to play it as it’s intended to be played. I promise you that very soon you’ll be playing it with the same ease as the guitar.

You are now ready to start playing the guitalele!

You already know everything you need to know about guitalele. I recommend this instrument for all the trips and plans you make. It will surprise you!

What colors can I choose?

You can buy the Yamaha GL1 in the different colors that you see below.

Does the guitalele have a case?

With the guitalele you will get a thin black case, with a handle on the side. It’s not the best protection or the most comfortable to carry it, but it’s something. I personally bought another one when I saw that I took it everywhere and wanted to protect it and transport it more easily.

What strings does the guitalele use?

Another common question is what strings to put on it. The guitalele already comes with strings and the truth is that they last a long time. At the time of changing them, you can put any set of normal guitar strings. I recommend, for length and comfort, that you put some for guitar ¾ like the following, since they fit perfectly:

Do you need a strap?

Finally, you may also want to buy a strap to play it standing more comfortably. It’s not essential, and the truth is that it’s very easy to hold, but I bought it for those times when you are up for a long time. I put the one I bought below:

Listen to it in the following examples!

Finally, here are two examples of how this guitalele sounds, in case you still had any doubts about its quality.

Cover – Raindrops keep falling on my head (B. J. Thomas):

Guitalele, for me, has been one of the greatest discoveries in music! It’s without a doubt the travel guitar I was looking for and it always goes with me wherever I go. I hope this article has allowed you to know the guitalele a little more and if you still have any questions, leave a comment.